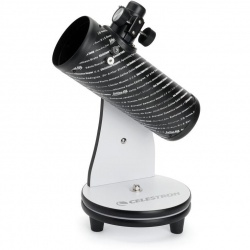 The Celestron Firstscope 76 was named Official Product of International Year of Astronomy 2009, FirstScope pays tribute to the men and women who brought us one step closer to understanding the universe around us. In 1609, world-renowned Italian scientist, Galileo Galilei, introduced an elementary telescope to the growing astronomy community which sparked interest into the mysterious night sky for centuries to come. Four centuries later, in celebration of the International Year of Astronomy 2009, Celestron offers the portable Celestron Firstscope 76. The FirstScope pays tribute to Galileo Galilei and many of historys most notable astronomers and scientists by displaying their names around the optical tube. We honor the contributions of these men and women, who brought us one step closer... 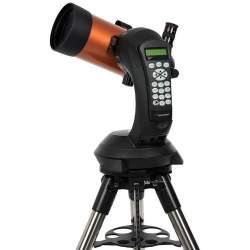 The Celestron NexStar 4SE Computerised Telescope has Celestrons signature orange-tube and combines advanced features and excellent optics in one easy-to-use system. It is the perfect choice for your first serious telescope, offering striking views at...

The Celestron PowerSeeker 80AZS Telescope is designed to give the first-time telescope user the perfect combination of quality, value, features and power. The PowerSeeker is quick and easy to set up. Their sturdy, collapsible alt-azimuth mounts are perfect... 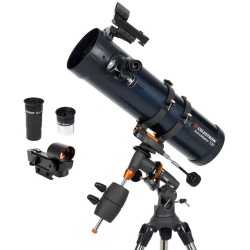 If you're looking for a dual purpose telescope appropriate for both terrestrial and celestial viewing, then the AstroMaster 130EQ is for you. Each Celestron AstroMaster model is capable of giving optically corrected views of land and sky. The Celestron...