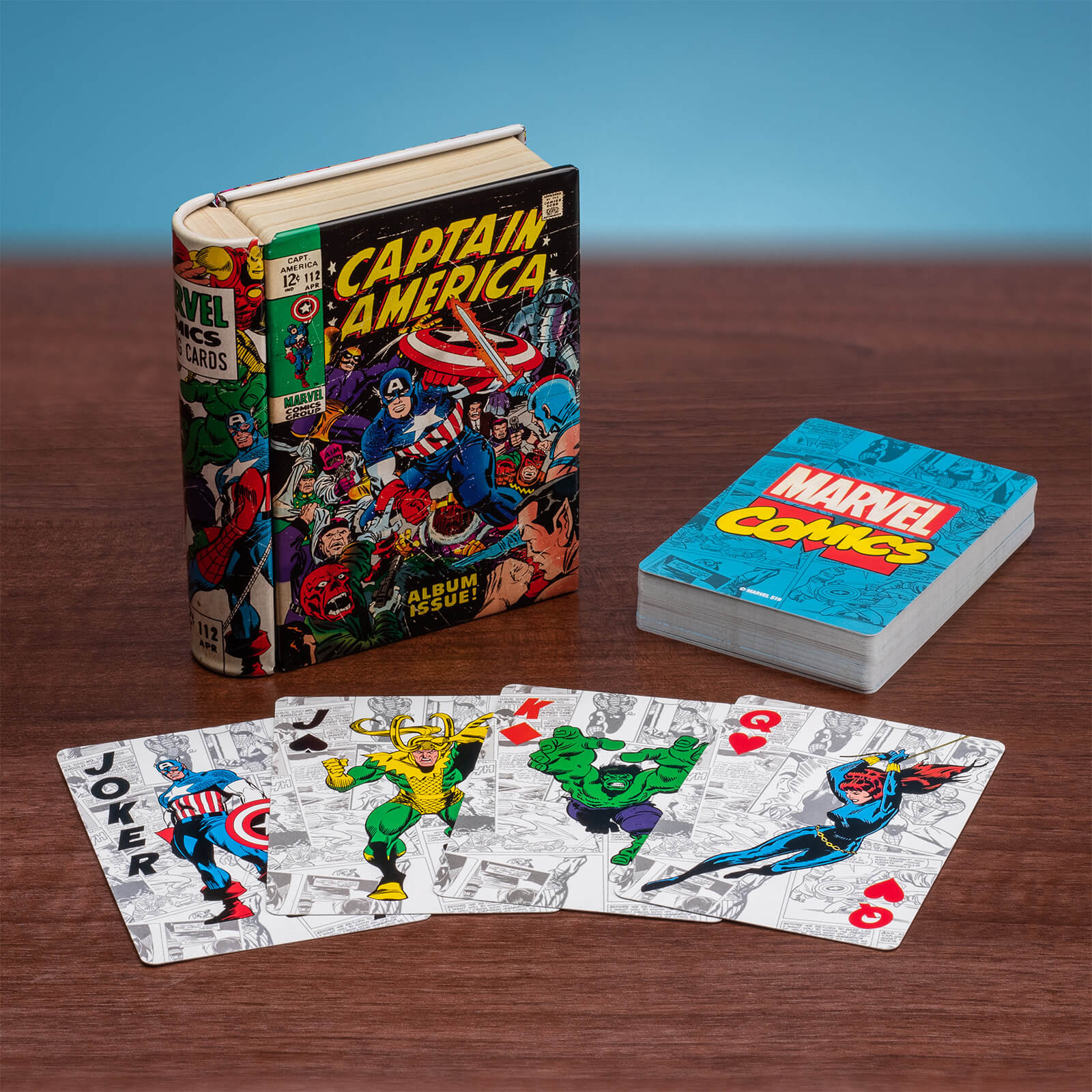 See if any of your favourite heroes will come to your rescue during your next card game with these fun, stylish Marvel Comics Playing Cards. This is a standard set of playing cards, featuring a variety of Marvel’s most popular characters including Captain America, Iron Man, and many more. The back of each card also features the iconic Marvel Comics logo. The cards also come in a decorative storage tin in the design of a Marvel novel, making them an ideal gift for comic book lovers! Hugely popular with fans of all ages and both sexes, Marvel Comics first came to worldwide prominence in the 1960s thanks to the work of artists and writers such as Stan Lee and Jack Kirby. With an unrivalled cast of characters including Spider-Man, Hulk, Thor, Captain Marvel, and Iron Man among many many othe... 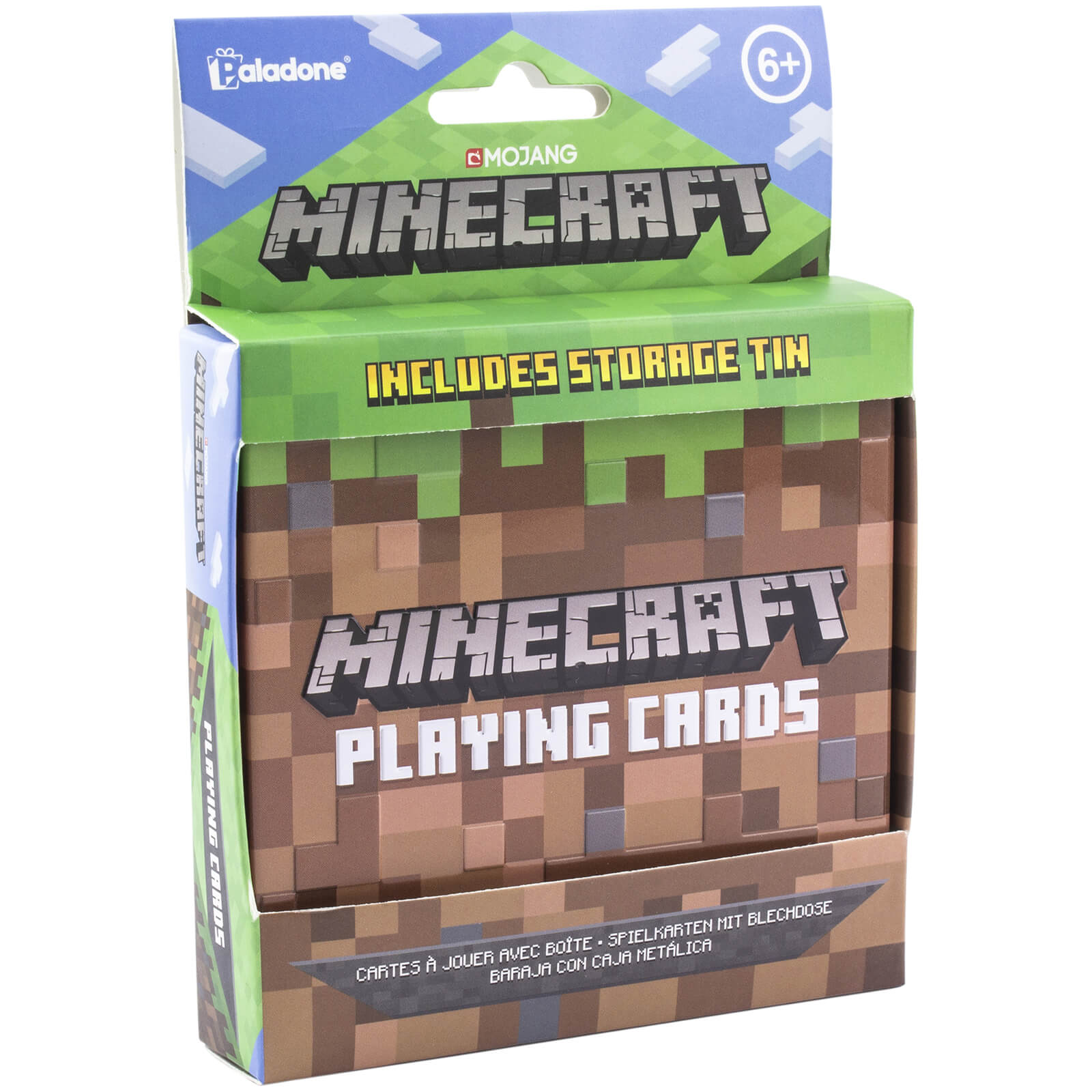 Each of these officially licensed Minecraft Playing Cards features a block of grass design on the reverse with assorted characters, tools, weapons, etc. on the face along with suite and number details. This quality collectible playing card set is the... Give your next game of cards a retro 80s twist and bring a little nostalgia into the room with these super-fun Tetris Lenticular Cards. This standard deck of cards feature a 3D lenticular Tetris design with the different tetromenoes spelling out the... 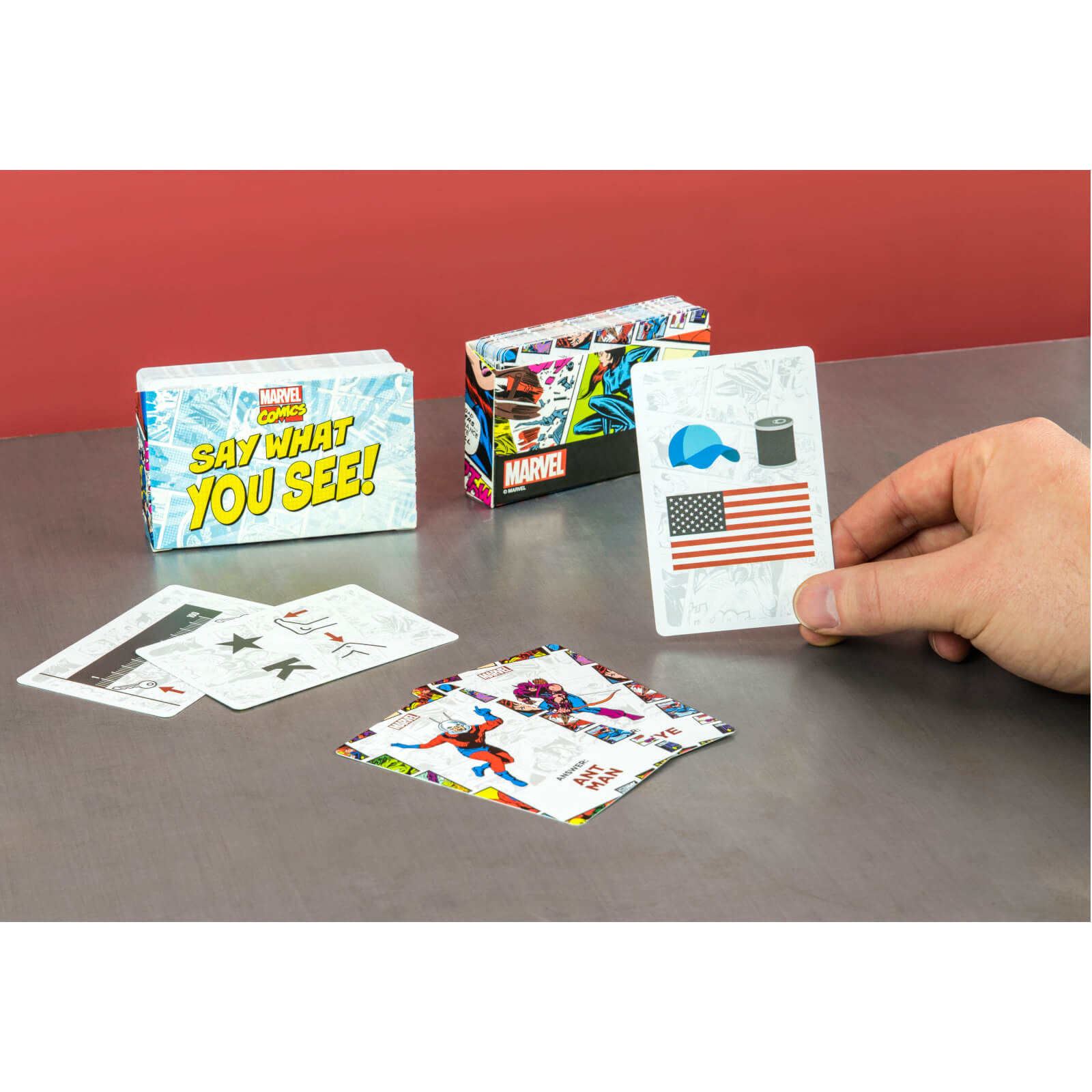 This fast-paced Marvel-themed quiz game is laugh-out-loud funny plus it is easy to pick up and play in no time. Everything you need to play is included in the box. All you need to do is say what you see out-loud for the answer to become obvious. However,...