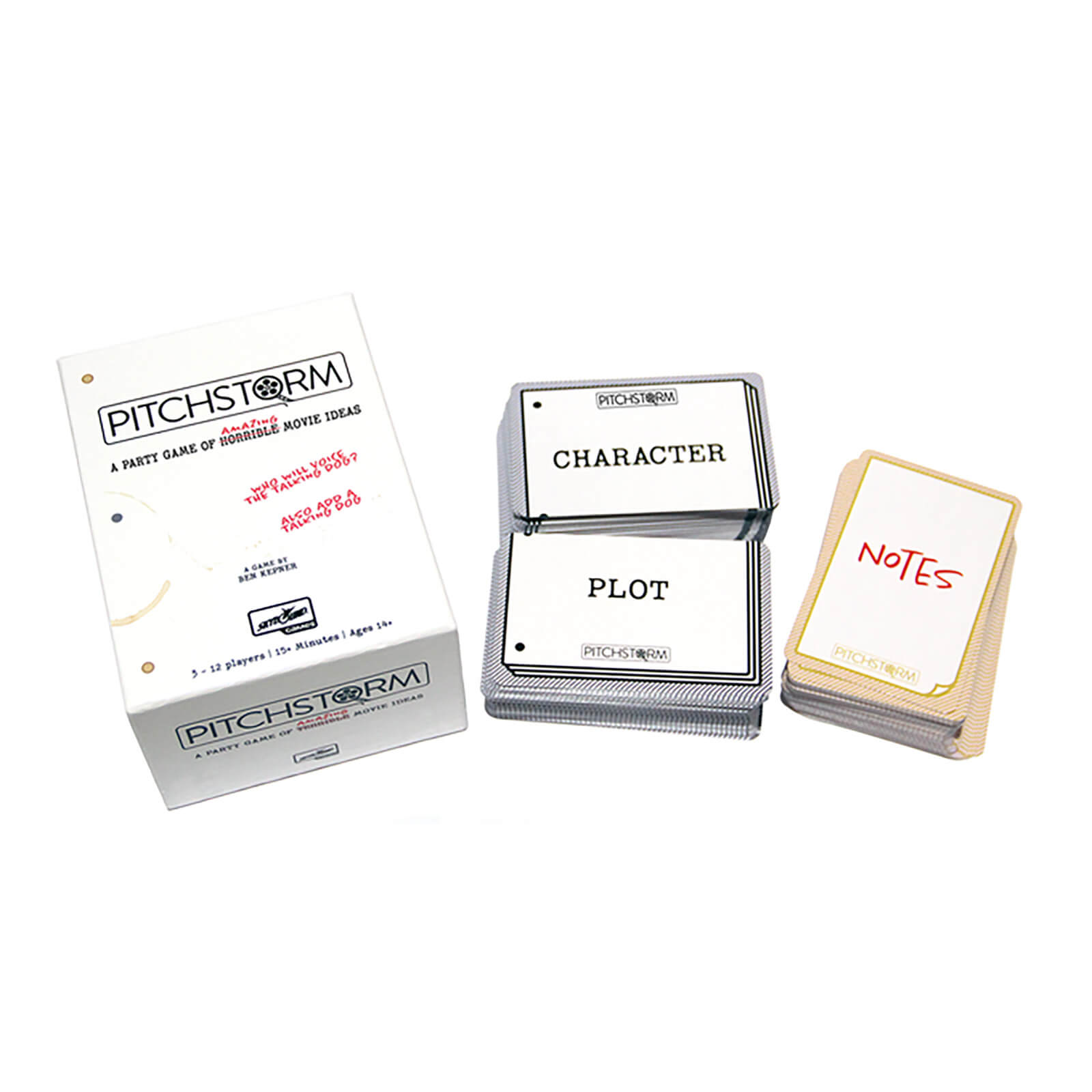 Pitchstorm is a party card game that puts players in the position of unprepared writers pitching movie ideas to the world's worst executives. During each round, one player acts as the executive, and everyone else attempts to pitch them movie ideas based on a character card and a plot card. At some point during each pitch, though, the executive may add a note card to the pitch and force the writer to add some really terrible new elements to their movie. At the end of the pitches, the executive chooses which movie they liked the best, with that person scoring a point, then the game continues from there. In groups of 6-12, players split into teams of two and must work with a partner to pitch their movie. This also means that there are two executives, and each of them gets to play a note ca... 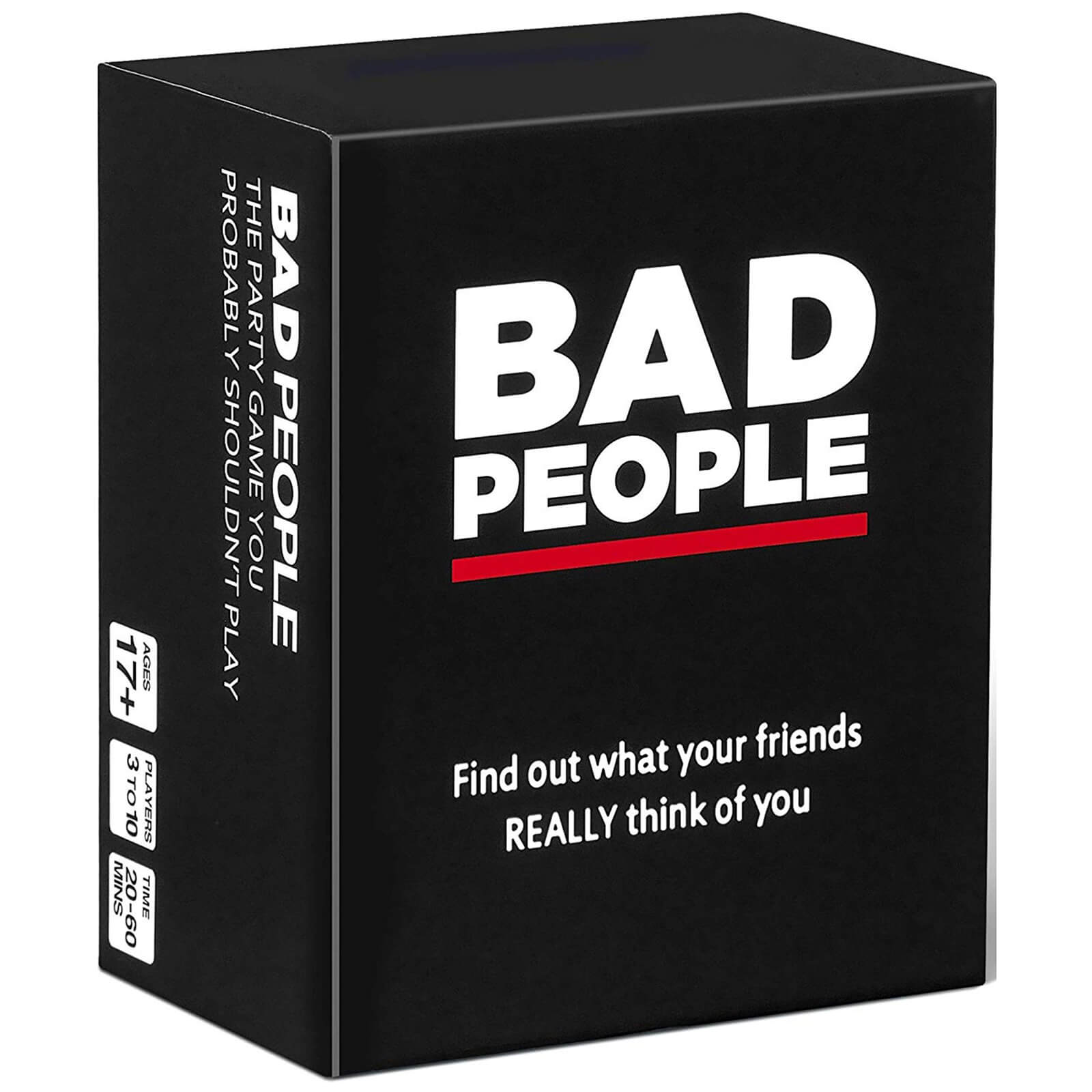 HILARIOUS ADULT PARTY GAME: Vote for your friends on outrageous and brutal questions. Find out what your friends really think of you and get to know your friends better! Share crazy and ridiculous stories after each round EXAMPLE QUESTIONS: “Whose... 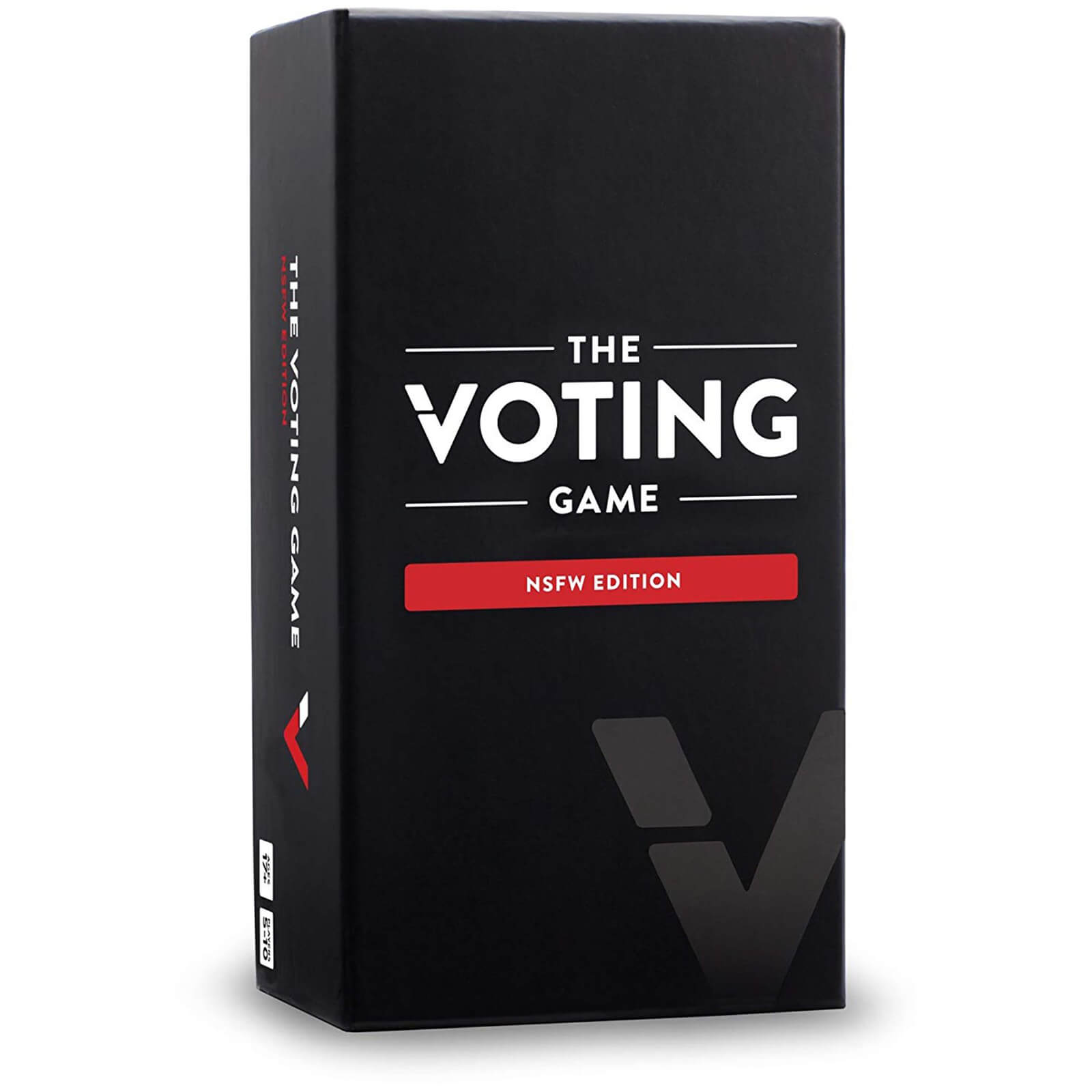 The Voting Game NSFW Edition is a group card game that uncovers the sometimes disturbing, sometime risqué, but always hilarious truths behind your friendships. Play again and again—gameplay varies dramatically based on the friends you play with. ... 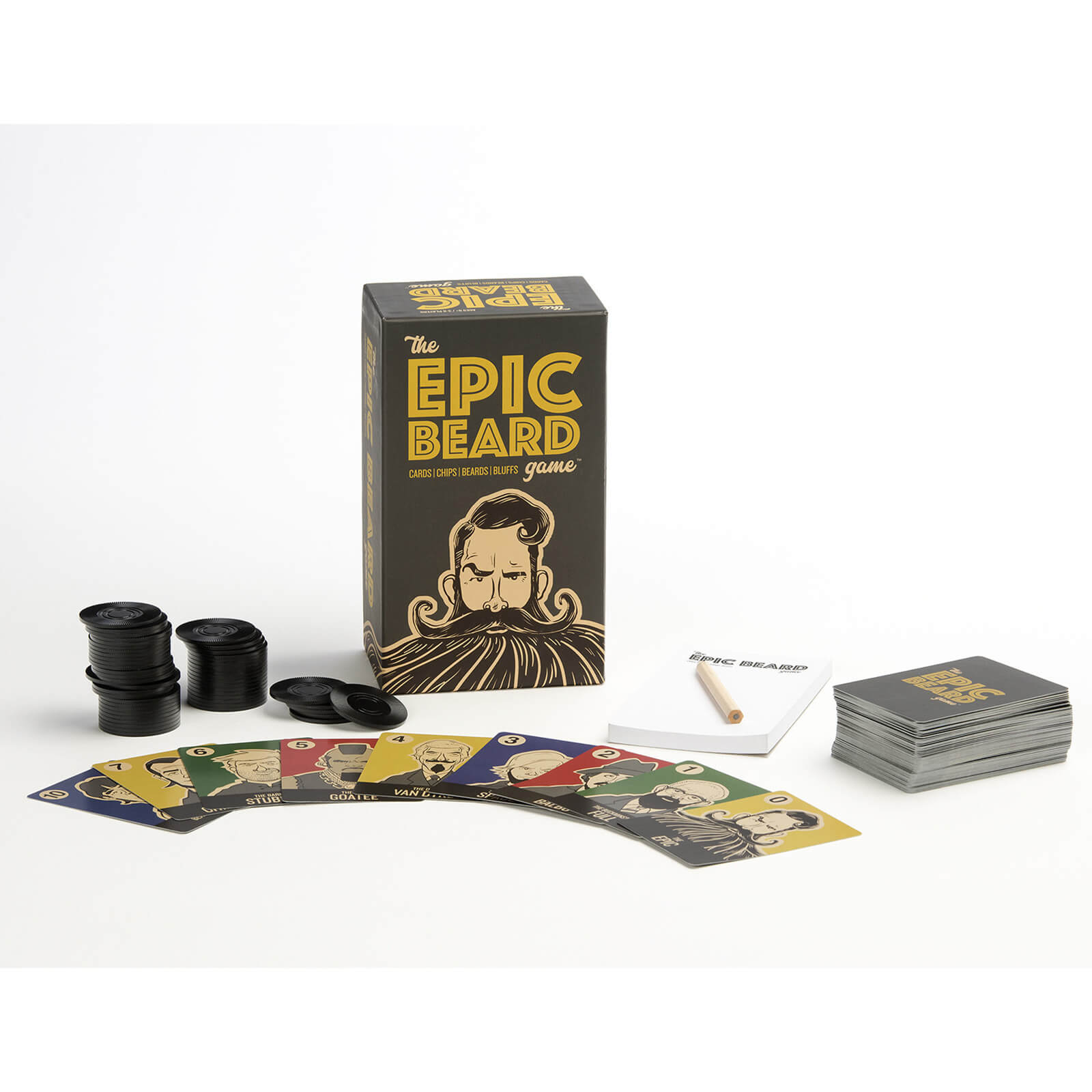 The Epic Beard Game is a classic card game with a shot of bald-faced bluffing and a twist of hirsute humuor! The object is to empty your hand of all cards using deceptive ploys and tactics. After 3 rounds the player with the fewest points wins! So go...