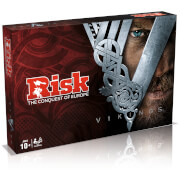 LET THE VIKING AGE BEGIN! The continent of Europe has faced many battles in the past, but none as brutal as what is about to become a 250-year conquest. Ragnar Lothbrok, disenchanted with his chieftain's progress, decides to cross the oceans by boat and discover new, richer civilisations. Now it's your turn to engage in combat and seek to conquer this new world alongside him. Play as one of five fully customised Viking tribes, including uniquely influential Viking longship game pieces, as you try to invade and capture the nine regions of Europe. With special Cards of the Gods to help boost your forces or ruin your plans, and special Raid cards to capture strategic strongholds and gain new warriors, this edition of Risk is an epic battle for control of Europe... and its vast riches. See you... 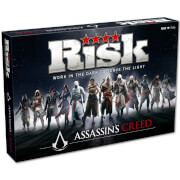 Throughout history the Assassin Brotherhood and the Order of the Knights Templar have been waging a secret war. Now the Templar's grip on the free world is tightening and as a loyal Assassin, it is down to you to take back control and free humanity from... 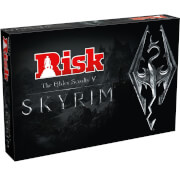 It is the year 4E 201. High King Torygg has been murdered and Skyrim has been plunged into civil war. Some want to break away from the crumbling empire, while others want to remain a part of it. But when the kingdom splits, the prophecy of the Elder Scrolls... 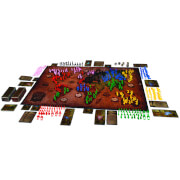 Betrayal. Alliances. Surprise attacks. The risk game continues to be one of the world’s most popular and influential strategic board games decades after its inception. This special 60th anniversary edition of the Risk game celebrates Its legacy with...