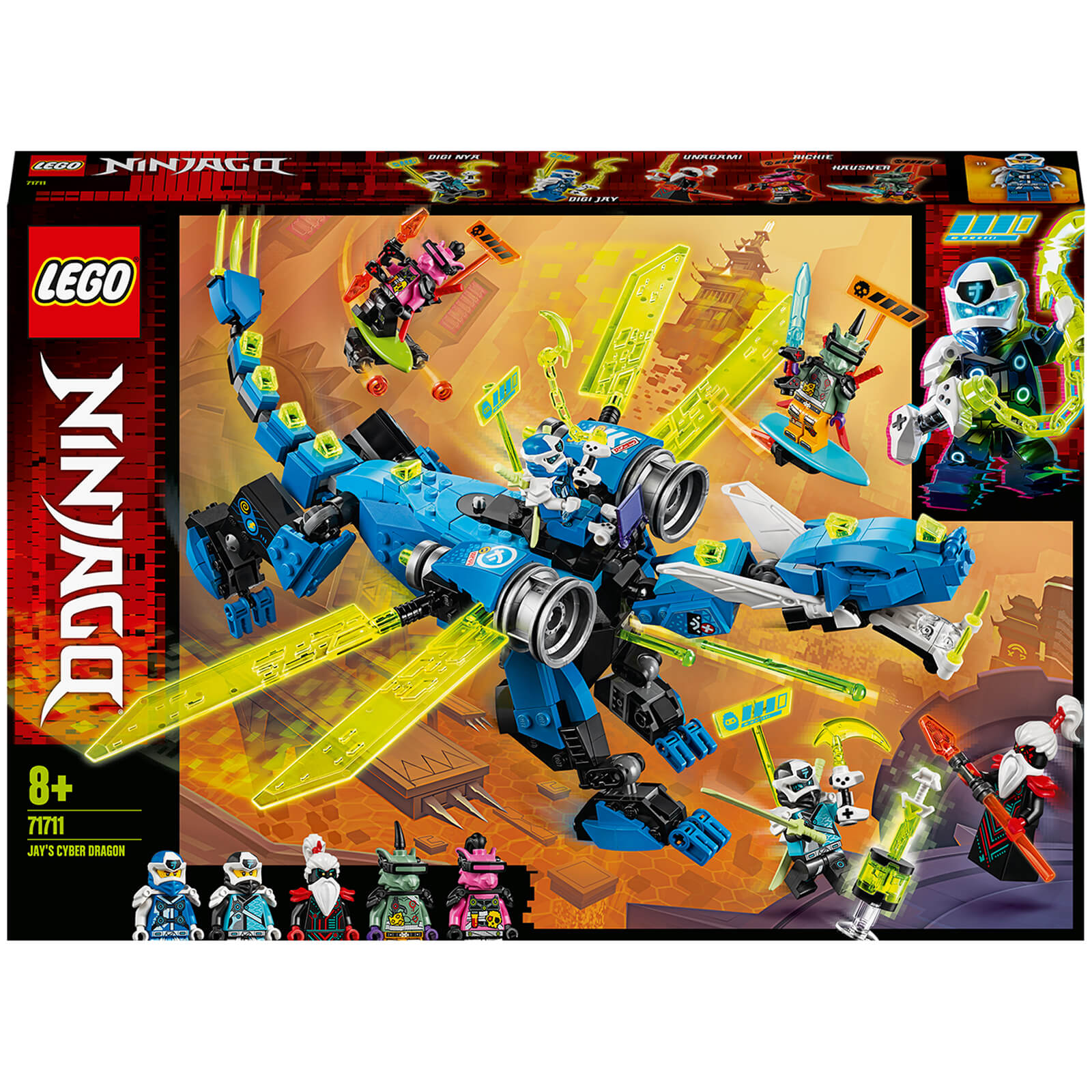 Fly Jay’s Cyber Dragon into epic and exciting battles in both Prime Empire and NINJAGO® city! Put this awesome creature into attack mode and fire its spring-loaded shooters. Team up with Digi Jay and Digi Nya riding on the dragon to take on their enemies: Unagami and his henchmen Richie and Hausner. You must triumph and keep hold of the prized yellow Key-Tana! Stunningly designed LEGO® NINJAGO® Dragon toy for kids and 5 minifigures to stage thrilling action from Prime Empire. The perfect gift for dedicated fans of NINJAGO or kids with adventurous and creative minds. This building set includes a Cyber Dragon and 5 minifigures: NINJAGO® Digi Jay, Digi Nya, Unagami, Hausner and Richie. The Dragon Mech and buildable figures can be used to stage thrilling scenes from the TV series... 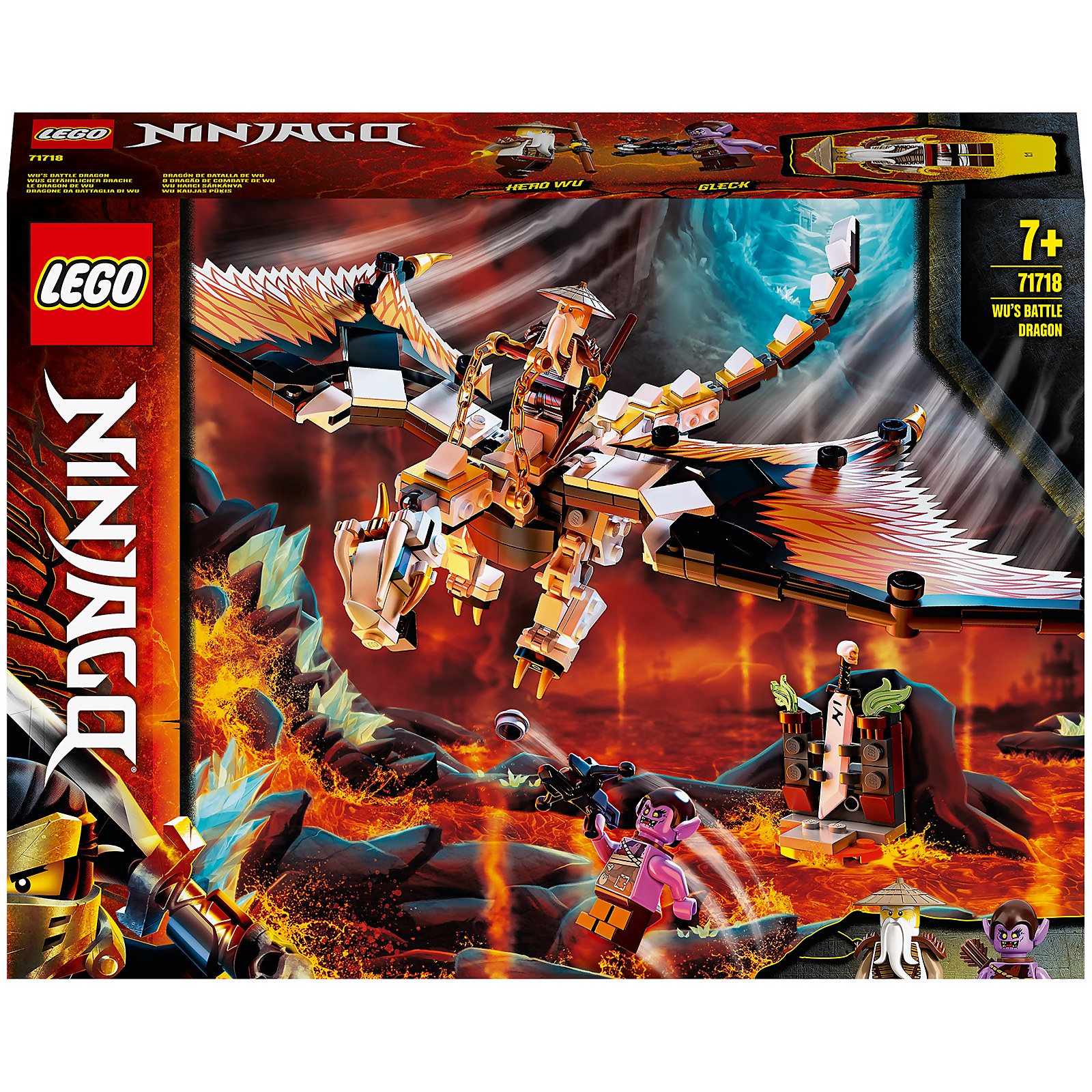 This LEGO NINJAGO Wu’s Battle Dragon (71718) building set for kids with 2 minifigures will be adored by fans of ninja toys, who can use it to stage their own fantasy stories from the NINJAGO TV series. The awesome posable dragon can move its wings,... 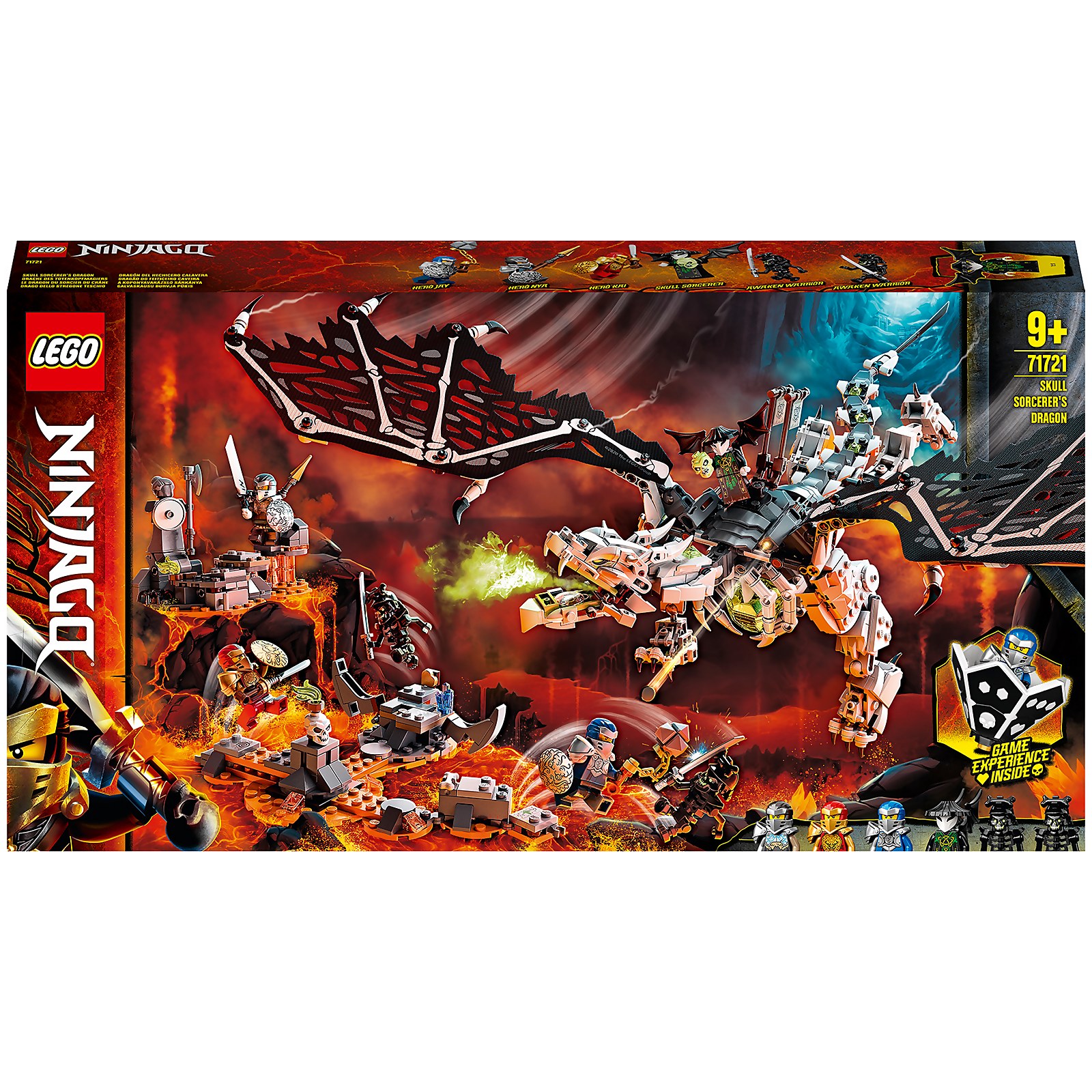 NINJAGO fans can build and play with the Skull Sorcerer’s Dragon (71721) building set and board game. This dragon building set features 6 buildable figures for captivating, creative play. Kids will be able to enjoy role-play action as the ninjas battle... 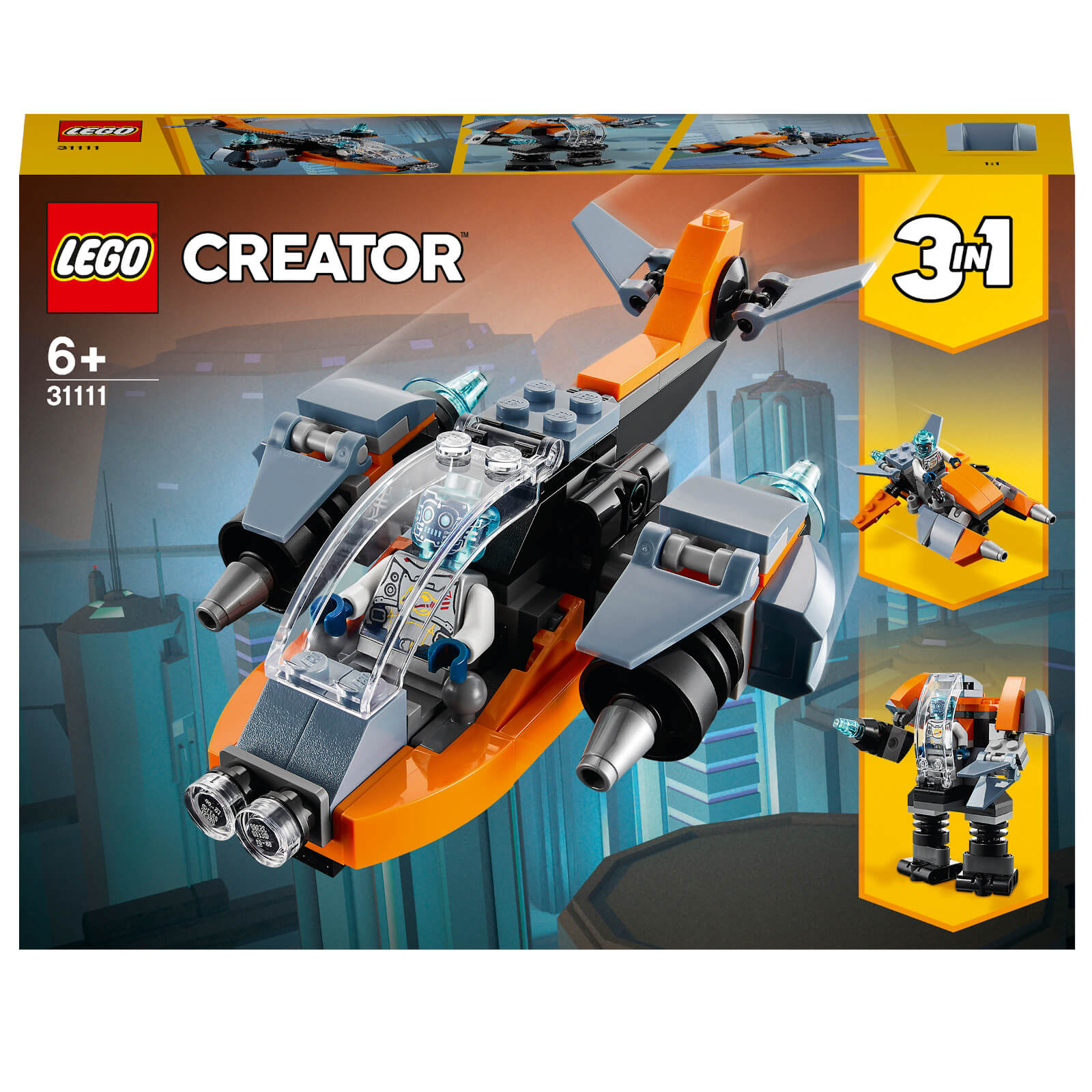 Discover exciting new planets with the Cyber Drone. Jump in the cockpit, power up the thrusters and fly into space with the robot minifigure for daring adventures! Once you land, rebuild it into an awesome cyber mech to continue your voyage, turn it in...