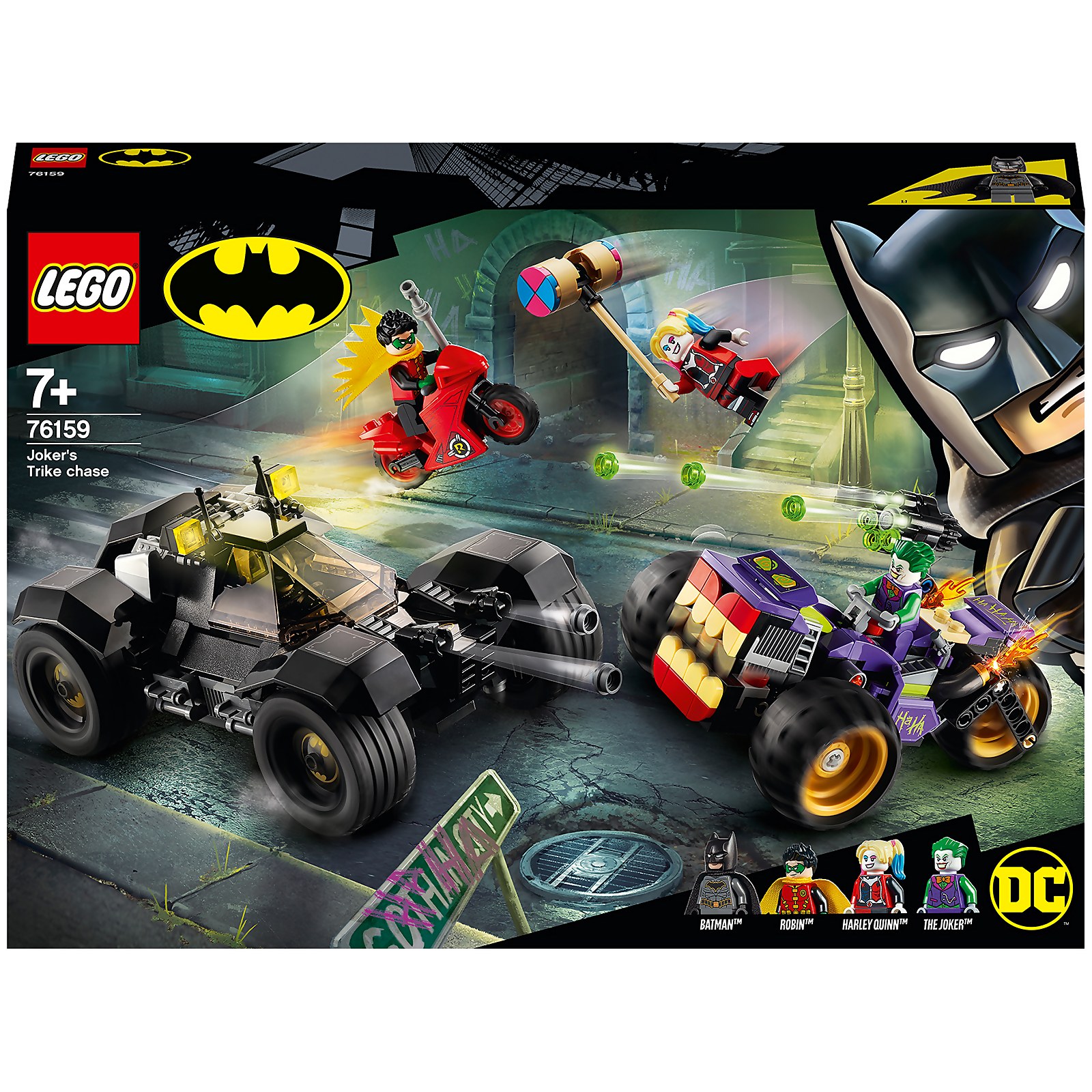 The LEGO DC Batman Joker's Trike Chase (76159) playset is a fast-moving Batman-vs. THE JOKER gift for kids, featuring iconic cars, awesome weapons and favourite characters from the Batman movies. Put Batman action and adventure into the hands of young superheroes with THE JOKER’s monster 3-wheel trike toy, with its cool weapons and flames coming from the exhaust, and the ultra-cool Batmobile toy car with opening cockpit for the Batman minifigure and a removable engine. THE JOKER’s 3-wheeler has a grinning mouth on the front that opens and closes as the trike moves. And with Batman, Robin, THE JOKER and Harley Quinn minifigures, the pretend play starts right away. LEGO DC Batman playsets bring all the thrills and epic fun of the Batman movies into kids’ homes. Superhero fans will ha... 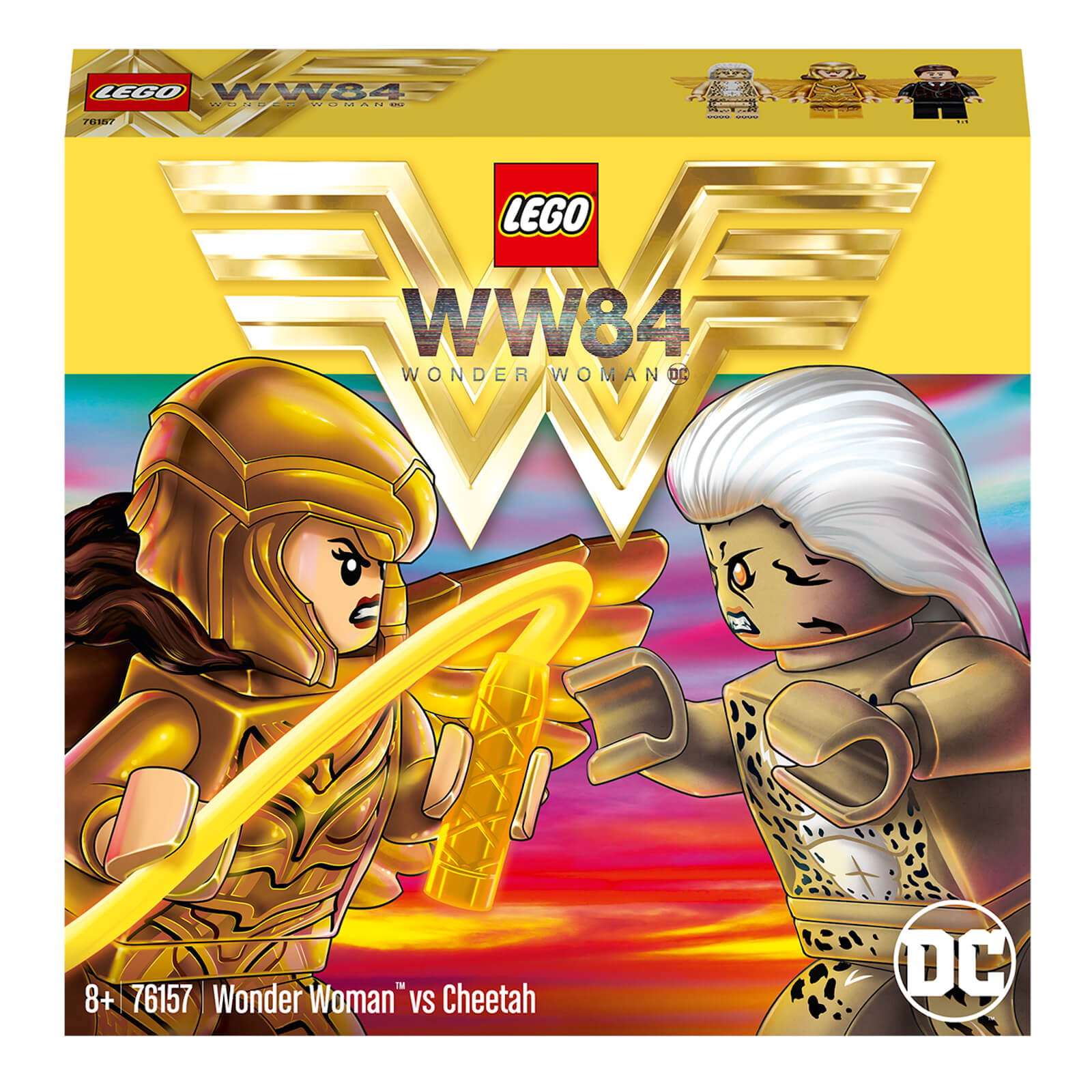 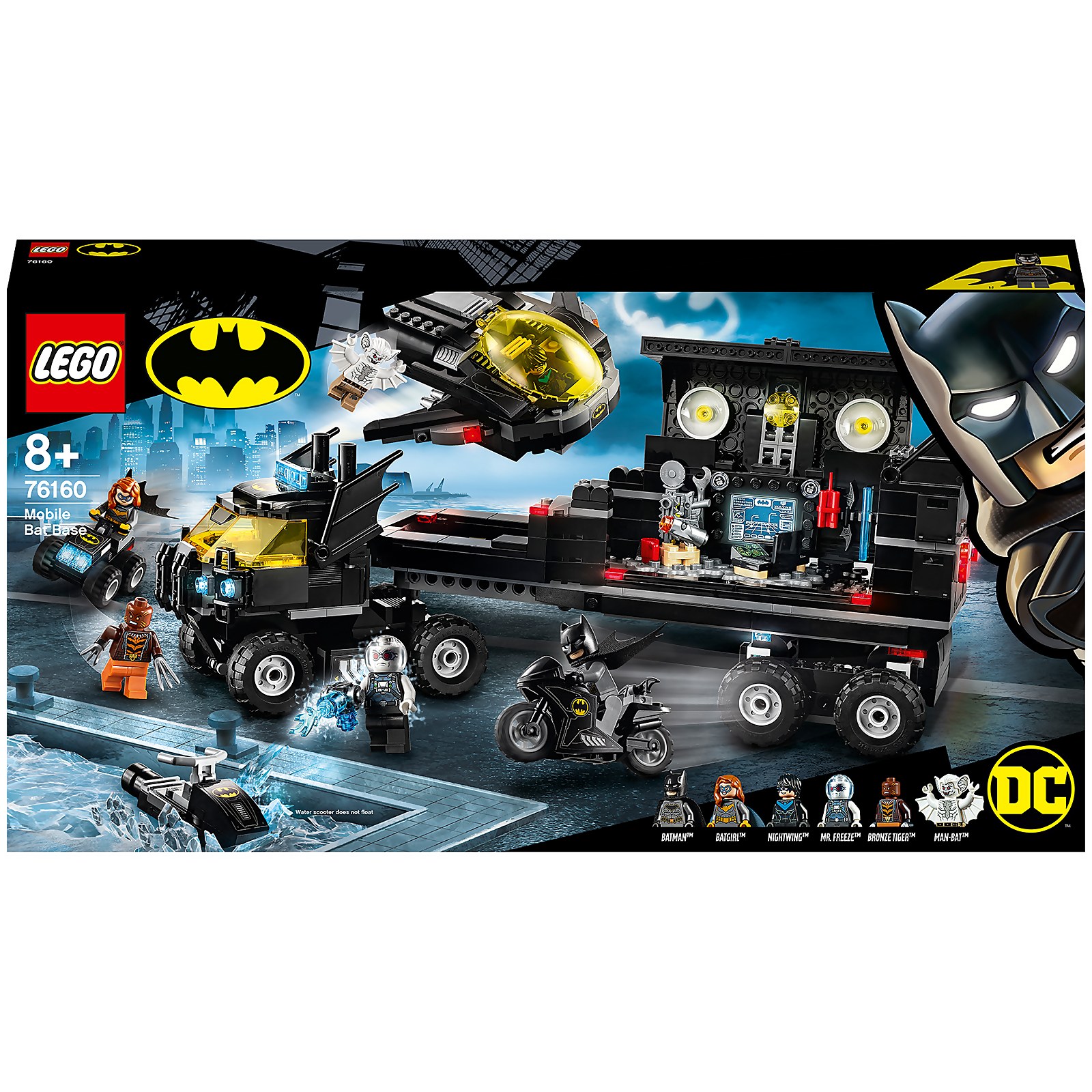 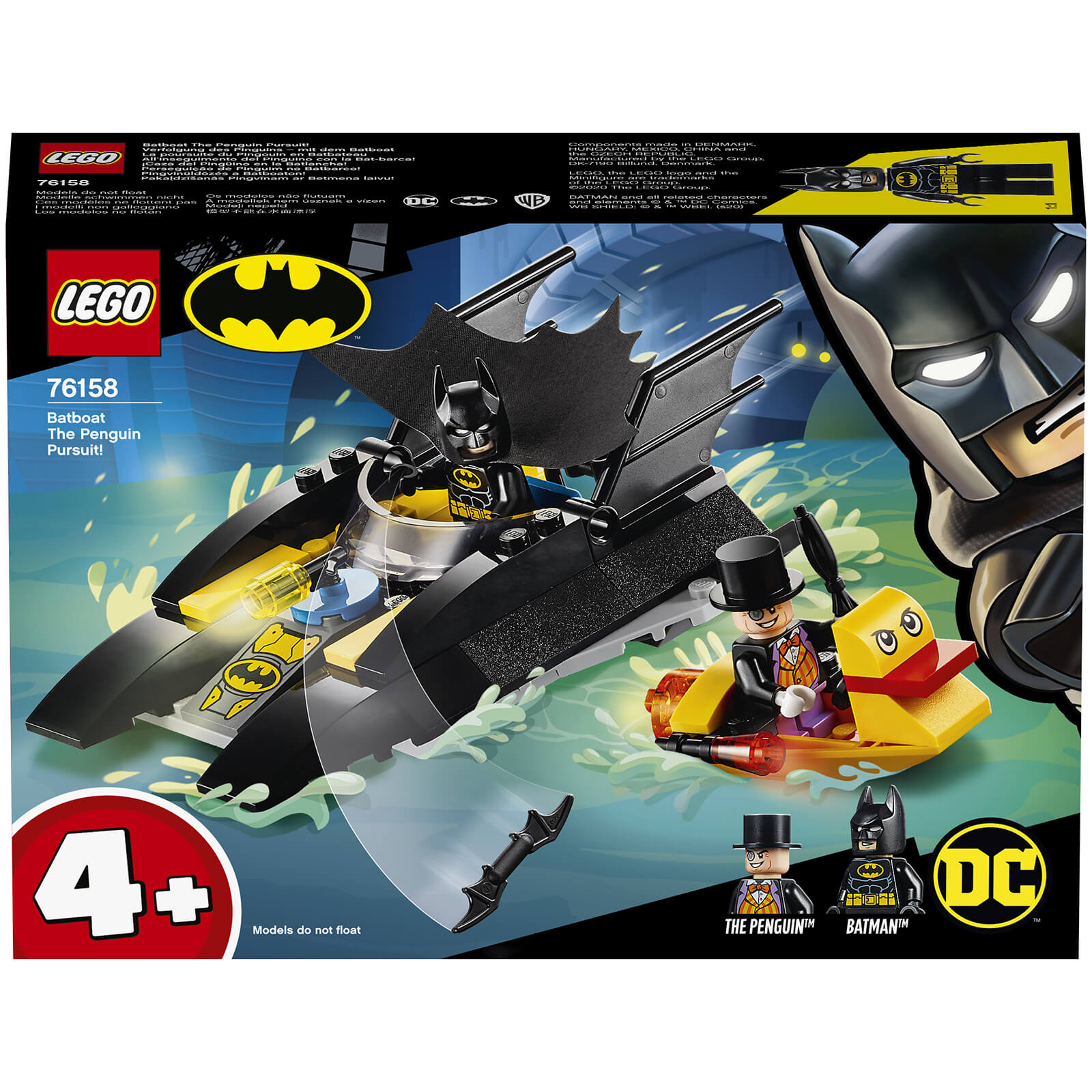 The Penguin™ has escaped aboard his crazy duck boat! Launch the Batboat and start the chase! Batman’s cape swishes behind him as he speeds after the Super-Villain. Fire the Batboat’s laser. Throw Batman’s Batarang. Will The Penguin deflect them...